The Power of Y.O.U. and Befriending the Office Suck Up

“You Catch More Bees with Honey Than Vinegar” by Giovanni Torriano

To get ahead at work, position yourself as an “influencer”. Having the boss’s ear along with other higher-ups will earn you this reputation. So how exactly do you do this?  Take some cues from the office suck-up. While most staff secretly roll their eyes at the fawning, the suck-up’s IN with the boss is usually the envy of other staff. What boss wouldn’t love a subordinate who is positive, full of compliments, and makes his/her life easier?

The boss has immense pressure to achieve the higher-up’s goals. Naturally, it follows the boss will lean on and trust the staff member who can be counted on as his/her right hand.

Below are 2 client case studies and lessons learned from brown nosers and influencers at work:

I coached a 28-year-old client who worked for her favorite boss. She was a first-time manager running a hi – potential program for 40 future leaders. Reporting to the CEO’s office of a global healthcare company, she had a lot of visibility, and the stakes were high. She was warned during the interview process that the boss she’d be working for was a micromanager. After accepting the job, she worked hard to please her boss. Reading his need for total control, I advised her to give it to him on a silver platter. He liked everything “just so”. When he asked her to keep his paper clips neatly lined up, she did so with a smile. He taught her how to plan and build her first $3.5 MM budget. He requested that she proofread the numbers at least 10 times to make sure it was perfect.  As other staff members complained of his rigidity, she respectfully followed orders with great diligence. The upside was this boss did everything to support her career. He showcased her talents by having her present the budget to the CEO and COO.  She earned strong influence from her peers and achieved high-performance ratings and salary increases.

I coached a senior SVP client who is the head of Digital Marketing for a leading media company. Her boss, who had a lot of power, was unavailable, disorganized, and took credit for her work in meetings. While venting and strategizing with me in our coaching sessions, she kept a stiff upper lip at work. Behind the scenes, she used her 60-second elevator pitch to ensure the higher-ups knew of her “wins” at work.  His staff was a revolving door and the rest of his employees gossiped behind his back. My client, who was politically savvy, never did. She possessed thick skin and kept up with his demands working late nights and weekends. She never complained to the other staff members about him and soon they started supporting her to gain access to him. As a result of her positive impact, my client was granted full tuition reimbursement to earn her M.S. in Library Science part-time over a 3-year period. After completing her degree, she retired from her 20-year career with the company with plenty of retirement savings and a second act career in Library Science within the advertising industry. A total inspiration!

Final tips on befriending the office suck-up. Give them some credit for absorbing the boss’s emotional baggage for the team. Connect with them over lunch and ask for career guidance on areas where they shine. Don’t shoot yourself in the foot by bad-mouthing the boss as they can label you a troublemaker. Find the balance between ingratiating yourself to the boss without overdoing it. Develop your own signature style for getting ahead.

Power Challenge of the Month

Identify what you envy about the office brown noser. Envy is usually a sign that a certain person may have something you want. Find one positive takeaway and create a plan to put it to good use.

Are you ready to take action and be accountable for your desired results?

Do you want challenge yourself to grow professionally and personally? If your answer is YES to both for creating sustainable change, then contact Nancy to learn more about the steps for getting there. 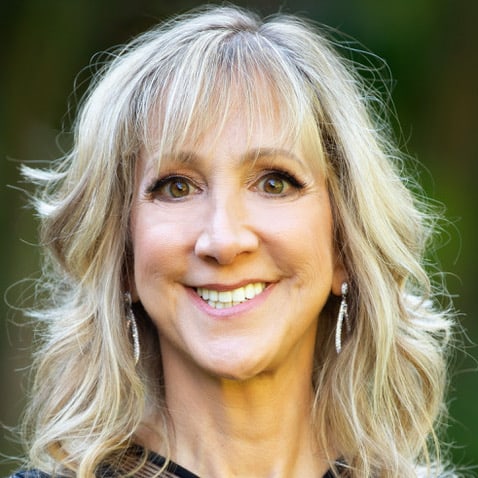